MORE THAN 35 YEARS OF CUTTING 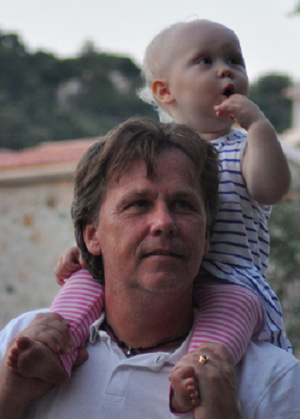 We would love to hear from you. Your feedback, ideas, inquiries and gem needs will be taken care of in a professional manner.

Since 1983 gems has been a significant part of my and my familys life. I earned my FGA at Gem-A in 1987 and a HRD diamond grading diploma in 1993. Since then the learning has commenced and never stopped. Today I am proud to have been internationally published in  gemmological magazines as well as in gemmological litterature. Besides the precision cutting I run a sofisticated gem lab with some of the latest modern instruments which today are considered mandatory in a serious lab. The company has many international customers mostly from Europe but have been doing cutting and gem analyses for both US and Asian clients. Nationally I am less known but have a few steady customers.

This part of the company deals primarily in untreated natural gemstones though once in a while a heated corundum or oiled emerald passes by. Treatments are always fully disclosed and all our gemstones are accompanied by a gem declaration which we stand behind to 100%. If the gem declaration is deemed significantly wrong by any of the respected gem labs in the world, a full refund will be made. We do NOT issue our own lab reports for stones we sell. For that purpose we use other respected gem labs like LOTUS and AIGS in Thailand, SSEF and Gübelin in Switzerland, SGL and AGL in the US.

I am a board member of the Swedish Gemmological Association, SGRF. In 2014 I was elected Accredited Senior Gemologist by AGA.

Meetings by appointment only. Please use our contact form to book an appointment.